What is a Bondage Kit?

Everything you need for an adventure with one bondage set

A bondage set contains pretty much everything you need for an exciting bondage role play. Most bondage sets consist of a bondage rope or straps to tie up your partner, a mouth gag, and a blindfold. Often there is also a whip or a rod. Some bondage sets also provide a theme for role play, with the bondage set “White Wedding” by Pipedream, e.g., B. Even unmarried couples celebrate a dirty wedding night. On the other hand, the bondage set “Animal Instinct” from the Fetish Fantasy Series appeals to animal instincts and consists of a whip, gag, blindfold, and restraints, as well as a collar with a detachable leash.

In addition to the bondage kits, there are more bondage games

When tying up with a bondage set, there are different materials for tying up and different bondage variants. A particularly popular method with the bondage set is, for example, the hogtie. Here the partner’s limbs are tied behind the back with the bondage rope, and one is thus completely at the partner’s mercy. Another bondage method is the spread eagle. The arms and legs are stretched out in an X-shape and tied to the bedposts with a bondage rope. The quickie among bondage games is the butterfly, in which the left and right limbs are connected behind the back. As a result, you need 2 bondage ropes here. If the bondage set alone is still not enough for you, there are endless other hot bondage toys for you. The bondage harness and belt or bondage hook are very popular. The world of the bondage set is huge and just waiting to be discovered.

Whether SM, bondage, or just as part of exciting foreplay, they contribute significantly to increased pleasure and form the basis for crackling eroticism and sexual ecstasy. Bondage games with handcuffs are particularly popular in the context of bondage. 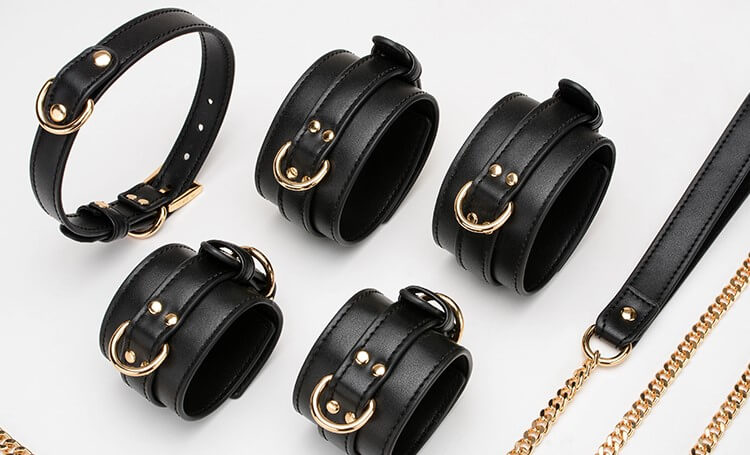 Enjoy 10% Off On Your First Order